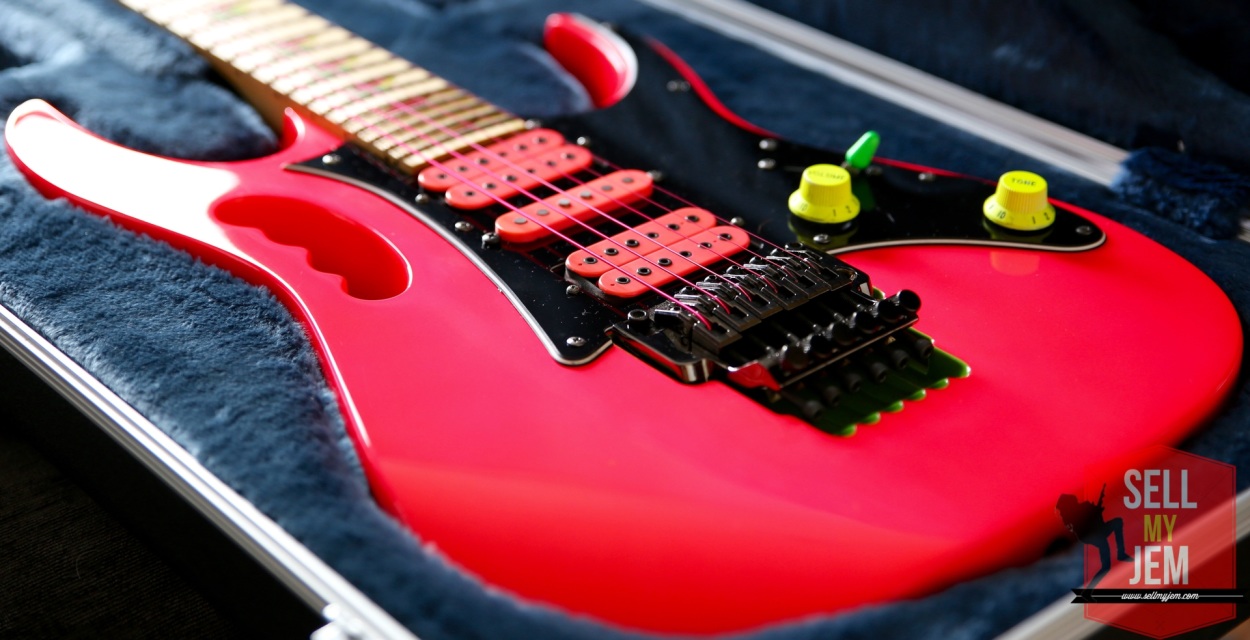 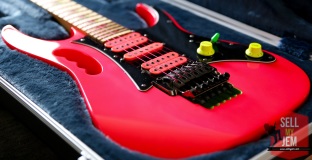 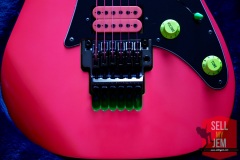 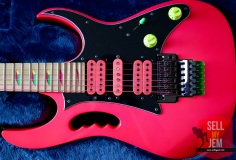 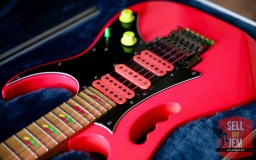 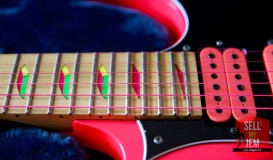 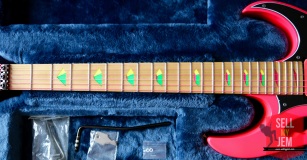 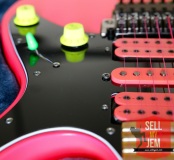 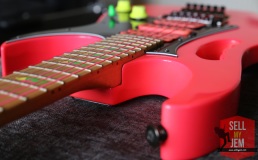 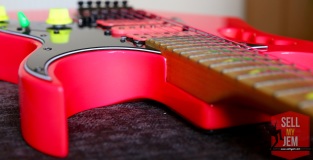 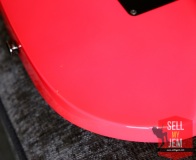 SKU:
£0.00
Unavailable
per item
This guitar has now sold. Don't miss out! Click: Get Notified and every time a new Ibanez jem is listed you will get first look before it goes out to the public

Want to jump in with an offer and steal this guitar from everyone else? Send us an email


REVIEW
"Hello Rex,
The guitar arrived in perfect condition today. Although I will be in Italy for another week, I had my housekeeper Skype me here in Florence and we unboxed and inspected the guitar together. All is good. Thank you for packing the guitar so well. I appreciate it. I can't can't wait to get back home and plug her in.
Cheers,"

Calling all Ibanez Jem NUTS! SK Prices have been going through the roof and if your looking at this you know what your looking at and this is one of those moments you may drool onto the keyboard (if your an SK shocking pink fan that is!) Quite simply if you have been waiting for one of the BEST Shocking Pink 777 Jems in the world, its just been made available for sale, right here! This is one chance you don't want to miss.
Buy Now

First Year Production Model + New Hard Case + Tremolo Arm + Keys
CONTACT
Interested In This Guitar? Get In Touch!
The Low Down!
When I opened the case to this stunning guitar I was nearly floored by its condition. 100% original throughout. No fade, despite this occurring on 95% of these old SK’s. NO neck pocket cracks, NO corrosion of the tremolo. A pure collectors dream and a time capsule to the most amazing year of Jem production!

This guitar absolutely screams and is a homage to everything great about the old 777 jems. Purely ridiculous genius. If you EVER wanted an SK and you want nothing but perfection. You just found your guitar

If you would like to make an offer, use the buttons above. The opportunity to own one in this condition wont come around again soon!

Please note: the serial number has been masked intentionally for security purposes, happy to share this with any legitimate potential buyers. Just send me an Email!

Bought in 1988 in brand new condition this guitar was only ever owned by extremely careful collectors. The SK’s usually suffer terribly from 2 very common problems that, if your a collector can really put a downer on your day. The neck pocket cracks and the SK paint fade. In fact about 95% of SK’s left in the world right now have both, the rest have suffered from one or the other. Not here!This model has none of these imperfections!

9.8/10 - little signs of playing, The Original EDGE tremolo system looks stunning and clearly has been well cared for, it still gleams. Guitars of this age can suffer from corrosion on the tremolo and is a good indication of how much its been played, little fret wear, a nice low action across the entire radius of the fretboard and a new set of strings (NEON PINK, yes I had to go there!) ready to rock.

Please take a look at the 25 HD pictures on here to confirm the condition for yourself. The only reason this doesn't get a perfect score of 10 is due to the fact it has had some very light play shown by the buckle rash on the neck plate and 2 tiny 1-2mm dinks that are barely able to be seen. 1 appears on the headstock at the very tip, the second on the body. All shown in the photographs and bearing in mind this is 27 years old

If the asking price is achieved I shall put this guitar through my set extensive set up process, which is quite a lengthy procedure, a summary of the process is below.

I take shipping guitars very seriously and make sure it is bomb proof and all international shipping quotes come with £1000 worth of insurance for damage in transit. All are tracked and you will be issued a tracking number as soon as payment has been received and delivery arranged

All guitars are wrapped to the highest standard, inside the case the guitar will be bubble wrapped and any accessories individually packaged inside the case. Nothing loose will be left in the case. The guitar is then wrapped a total of 3 times in bubble wrap before a strong brown paper incases the the whole guitar.
Returns